“We define ‘outreach’ somewhat unconventionally,” explains Bradley Levinson. “Working with Lotus is an example. By combining resources, we can leverage support to present musicians whose expressive skills bring cultures alive through performance, direct interaction, and educational activities. CLACS and Lotus is a natural partnership.” 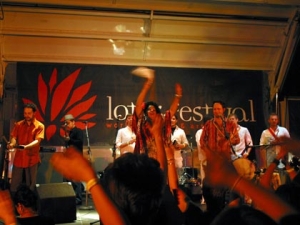 “CLACS’ collaboration with the [2010] Festival in supporting Haitian artist Emeline Michel’s extended stay in Bloomington was the sort of win-win project that we would like to repeat,” continues Levinson. Michel’s stature as a highly respected Haitian artist dovetailed with CLACS’ existing Haitian studies programming, building on the interest and concern following the 2010 earthquake. 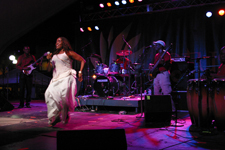 “When Lee [Williams, Lotus executive director] asked if CLACS would be able to use Emeline for a couple of extra days outside her Festival performances, I immediately said, ‘We’re all over this!’”

“On the Friday before her performance,” says Levinson, “Emeline was invited to join the Haitian Creole conversation group that meets for coffee each week at Rachel’s Café. We hoped that she’d drop in for a while, but she stayed and talked with people for most of the time. On the Monday after the Festival, we hosted a meet-and-greet with Emeline for students from our Haitian Creole classes; then on Tuesday she made a more public presentation at the Foster International Living Learning Center. She talked about her background and life in Haiti, how she began to write, even about how she creates her music. Both were very successful sessions, looking at special issues around Afro-Caribbean culture in an intimate register that communicated with people so much more effectively than a lecture.”

CLACS outreach is intrinsically linked to the Center’s educational mission. “Our involvement with the Indiana Project for Latin American Cultural Competency is one of our most significant educational partnerships,” says Levinson. “Launched in response to growing Latino school populations across Indiana, it’s an opportunity to till the soil in a deep and deliberate way toward growing community cultural competency and professional development.“ 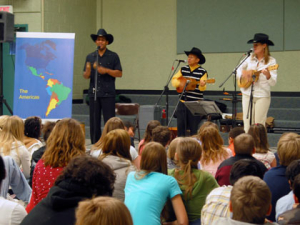 When CLACS supports school performances and provides hands-on learning activities through the Lotus Blossoms program, Levinson explains, “We’re not only building global citizenship, but using the immediacy of music to help kids consider culture outside the limited paradigm of geography and history.”

“We’re moving beyond mere displays of otherness,” Matthew Van Hoose declares. “With increasing numbers of Latino children in Indiana schools, we’re providing a context for appreciation of traditions that overrides those kids’ being perceived as a ‘challenge’ because of language issues, and that gives them a palpable pride in what they can contribute in an exchange of experiences.” 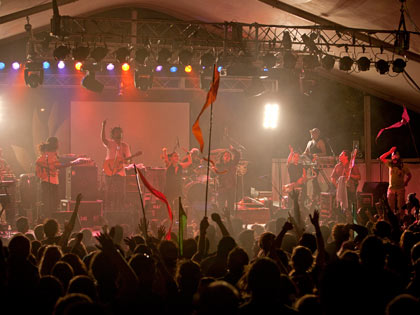 For more information on the IU Center for Latin American and Caribbean Studies, visit its website. CLACS has great stuff going on, including a samba workshop (taught by former Lotus grad assistant Anita DeCastro) on January 29; salsa lessons from Lotus Blossoms Bazaar presenter Ritmos Latinos on February 1, a concert by the Latin American Music Ensemble on February 13, and lots more. Check out the full events calendar. 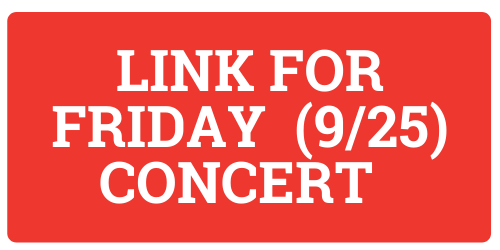