A Round of Applause for Our Sponsors

Previous Next
The Lotus Dickey Song Workshop at Lotus in the Park; photo by Kevin Atkins

A Round of Applause for Our Sponsors

At the end of our twenty-first festival season, we thank the many sponsors who stepped forward to underwrite nearly half of the costs necessary to bring Lotus to life on the streets of Bloomington. 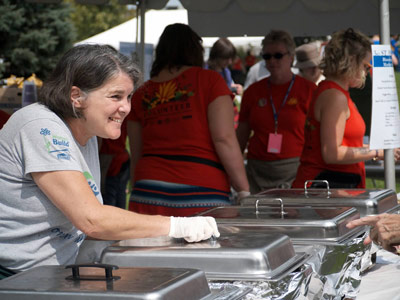 Bloomingfoods at Lotus in the Park; photo by Merrill Hatlen

“Our festival would simply not be possible without the community support demonstrated by local sponsors,” says Executive Director Sunni Fass. “Our presenting sponsors, Bloomingfoods and Indiana University, led the way. They are, in fact, more than sponsors. Their multifaceted partnerships with us touch many aspects of the festival.”

Longtime partner Bloomingfoods is a Lotus ticket outlet as well as the festival’s official food and beverage vendor at Lotus in the Park and at large tent venues – and the Bloomington-based cooperative market and deli keeps our performing artists fed and happy. 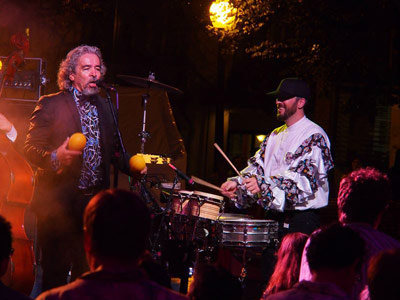 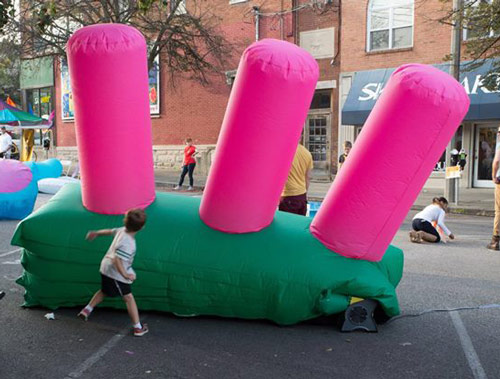 Our presenting sponsors are just the tip of the iceberg, however. Lotus Development Director Kristin Varella says, “Financial and in-kind contributions from more than 100 sponsors provided general operational support for the nuts and bolts of the festival, as well as underwriting directed to particular aspects of this year’s event.”

Festival components with specific sponsor attributions included our kick-off concert, patron reception, Lotus in the Park, the Arts Village and visual arts projects, and our volunteer corps (look for sponsor logos on the back of every official Lotus volunteer T-shirt). 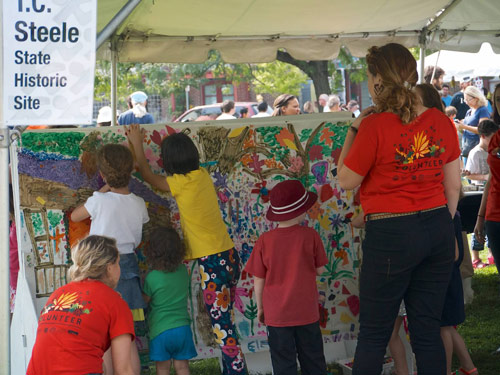 Making art at Lotus in the Park; photo by Merrill Hatlen

In addition to sponsorships, Lotus received key grants from the National Endowment for the Arts, the Indiana Arts Commission, Visit Bloomington, the Arts Midwest Performing Fund, and the Bloomington Arts Commission. “All of these elements make up the big picture of our festival funding. Every sponsor, every grantor, is important to our success,” says Sunni Fass.

The full list of 2014 Lotus World Music and Arts Festival sponsors is here. To find out how you can join the ranks of Lotus sponsors, contact Development Director Kristin Varella at 812-336-6599 or kristin {at} lotusfest {dot} org.