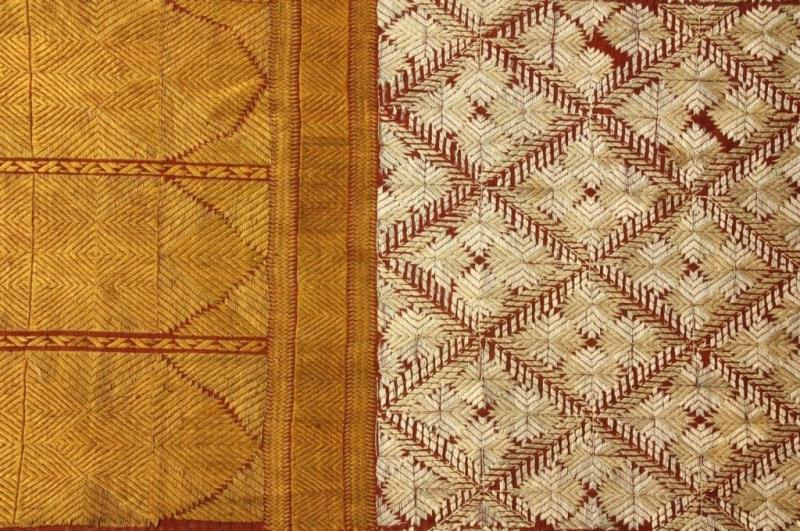 Barbara Livesey, associate professor, retired, of The Pratt Institute (Brooklyn, NY), will delve into how textiles from around the world are worn, touching on the cultural connections and purposes behind various ethnic dress.  In addition to discussing pieces from “Around the Body, Around the World,” Livesey will also don and display garments from her own collection.

An alumna of Miami University, Ohio, Livesey was born and raised in Indianapolis.  She has taught classes such as “A History of Costume” for 15 years, including offerings at Pratt as well as at The Costume Institute at the Metropolitan Museum of Art (New York, NY).

The public is also invited to an opening reception on September 2nd and a collectors’ gallery talk on September 17th.  The exhibit runs from September 1-24; see general gallery hours below.

Image: Wedding Dowry Veil, Pakistan. (On loan from the collection of Barbara Livesey)