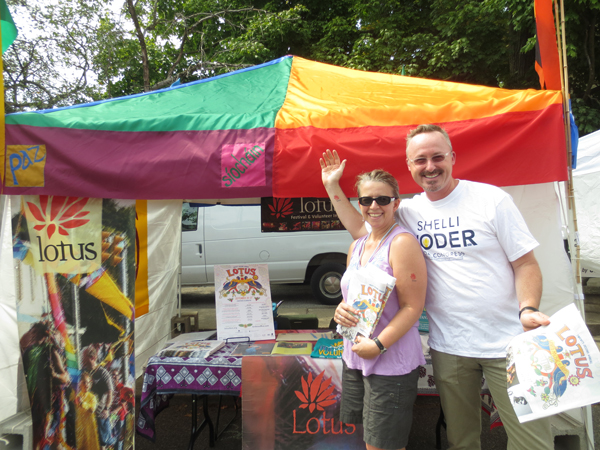 Saturday and Sunday, September 3-4
Fourth and Grant Streets, Bloomington, IN

Stop by and visit the Lotus booth at this annual Labor Day Weekend art show — get details about the upcoming 2016 Lotus World Music & Arts Festival and  learn about Lotus volunteer opportunities!  Lotus is also the featured craft activity with our One Million Stars to End Violence | Lotus International Star Weaving Project — learn to weave an 8-pointed star and become part of a worldwide movement.

Lotus has taken part in the Fourth Street Festival event for over 20 years, since our organization’s inception.  The event is organized by local artists and hosts over 100 artisans from across the country who offer their work to the public.  2016 marks the 40th Anniversary of the Fourth Street Festival of the Arts & Crafts, so it’s sure to be an exciting, celebratory weekend!