Louisville resident Dr. Keith B. Lyle discovered the Lotus World Music and Arts Festival in 2005 – and hasn’t missed one since. After attending his first few Festivals, Keith became an annual donor to the Lotus-Fitzgerald Endowment. “To me, Lotus is a gift,” he says. “I want to pass it on to others, too.”

From his first Lotus experience, Keith (pictured at right) became an avid fan. “It may be my favorite two days of the year,” he says. It’s about more than the music, too. “The event has so much texture, so many different flavors. It’s incredible to be able to walk across the street and experience such different environments.” He adds, “Everything runs so smoothly that the audience doesn’t notice the system, and that’s the best kind of system you can have.” What Keith calls “the ease of Lotus” is something that he often describes to friends. “All you have to do to is experience the artistry.”

When it comes to the on-stage artistry of Lotus performances, Keith mentions a few favorites, including Meklit Hadero, the Ethiopian-born, US-raised singer who appeared at the 2010 Festival. As a jazz aficionado, Keith fell in love with Hadero’s mellow, jazzy vocals and poet’s ear for lyrics. Now, he listens to her music almost daily and follows her career. “Lotus brings a lot of young performers that we can discover and watch grow up,” Keith says. 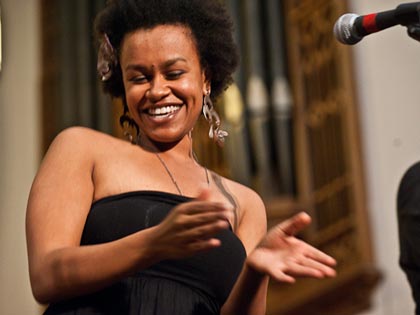 As an Associate Professor of Psychological and Brain Sciences at the University of Louisville, Keith understands the value of an endowment. He has helped raise funds for an endowed scholarship in his department. The Lotus-Fitzgerald Endowment was a natural way to show his support, and in 2013, he committed to a leadership gift through a series of monthly pledges.

“It’s neat to know that many of the artists I see on a Lotus stage have a long career ahead of them, and that I’ll be enjoying them for a long time. I’d like to see future generations enjoy these artists, too, and have the same rich experiences.”

Like Keith, you can help grow a perennial Lotus!

Our nonprofit is participating in the Matchstick Challenge program of the Bloomington and Monroe County Community Foundation: this means that your donation to the Lotus-Fitzgerald Endowment is matched, 1 : 2, making your contribution even more valuable.

To find out how to donate to the endowment in a way that works for you, contact the Development Director Kristin Varella at the Lotus office (812-336-6599; kristin {at} lotusfest {dot} org). 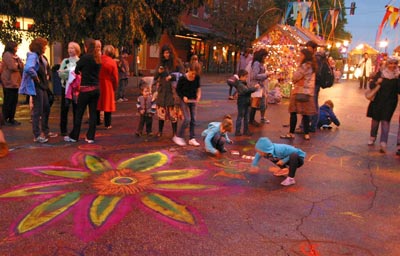