Previous Next
photo by Jim Krause (2013)

As the 22nd annual Festival draws near, Mark Hood of Echo Park Studios and Jim Krause of Tabletop Productions, two longstanding Lotus supporters recall how Lotus has been intertwined in their personal and professional lives over the past 22 years.

Mark and Jim have both participated in the Festival through a variety of lenses, from Board service to using their professional expertise to enhance the Festival experience. Mark’s board service was during a pivotal time, as the Festival experienced significant growth in the late 1990’s, and Lotus was tasked by the City of Bloomington to take a part in the revitalization of the Buskirk-Chumley Theater. Jim’s service was between 2005-2008, and Jim spoke to being “personally very interested in the organization’s structure,” and “found it very exciting to take part in the endowment campaign to help ensure the sustainability of the Festival.”

Beyond board service, Mark & Jim have both offered their professional media production skills to support the Festival. “For nearly 15 years, I have worked with Lotus to compile the Festival’s promotional sampler,” Mark says. “By coordinating the production with Lotus and finalizing the technical side of the tracks, we put together a CD that has turned into collector items for supporters.” Jim began volunteering his services by producing the pre-recorded announcements for the upcoming concerts at the Festival and various other production needs including photographing performances.

Both former board members continue to be involved with Lotus through ongoing corporate financial support and serving as Lotus ambassadors, especially by extending their passion for the Festival through their faculty roles at Indiana University. “The earlier I can instill in my students to take advantage of this festival in their backyard, the better,” Mark states, “For the past few years I have invited my freshman class to attend the opening concert on Thursday night to experience what makes Lotus, Lotus.” This effort to engage his music students from the outset often pays off immediately, “after they (students) get their first experience with the Festival, they often turnaround and become volunteers,” Mark proudly states.

Both Mark and Jim have seen many of their students continue on to be involved with the production of the Festival, after graduation. Jim mentions, “I’m excited to see how Lotus grows with their new partnership with Blueline Media. I have former students involved with Blueline so it is great to see how influential the festival is across the Bloomington community.” Mark echoes Jim’s point, sharing how the Festival displays to his students that “Bloomington is a community that works together, performs together and supports each other.” After participating in the Festival, students better understand that Lotus helps makes this town unique.

Though 2015 brought a close to Echo Park Studios, Mark is still passionate about Lotus and assisting the Festival. “On a personal level, I will always be an advocate and supporter of the Festival beyond Echo Park Studios,” Mark asserts, “you could say I will continue to be a sponsor of Lotus until I die!” Jim has similar plans himself.

The annual Lotus World Music and Arts Festival certainly brings culture and diversity to Bloomington each fall, reaching nearly 10,000 people throughout the weekend. The Festival success is due in large part to Lotus supporters like Mark (and Echo Park Studio), Jim (and Tabletop Production), Blueline Media Productions, and Indiana University.  For a full list of this year’s generous sponsors, click here. 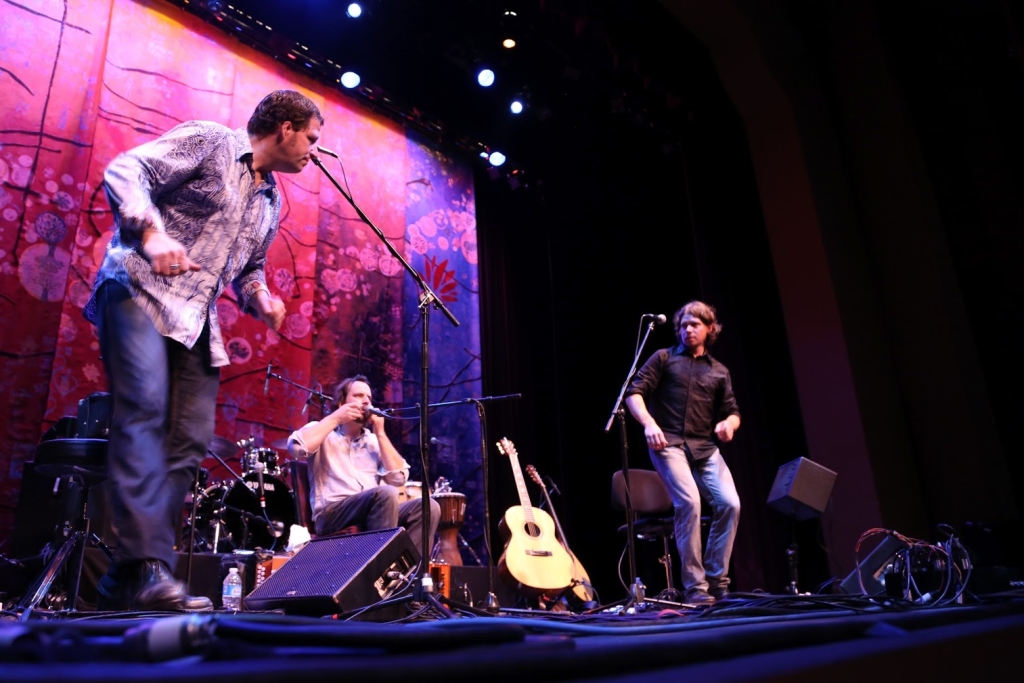