From the program: “Lee Williams has shaped and defined the music culture of Bloomington. Lee co-founded and booked a nightclub called Second Story that was a home for local, national and sometimes international artists (Gabriel Yacoub, Richard & Linda Thompson!). In his early days as a music booker, Williams introduced independent artists to Bloomington and helped establish its reputation as a “music town.” Working in partnership with a group of other strong leaders, Williams founded the Lotus Education and Arts Foundation and started the Lotus World Music & Arts Festival, which established Bloomington as a place for world-renowned festivals. Williams was instrumental in founding the Buskirk-Chumley’s BCT Management, Inc., and his advocacy was invaluable to its success. The fact that people in Bloomington wish each other a “Happy Lotus!” on Lotus Festival weekend every year indicates the level of integration the event has in the community.” 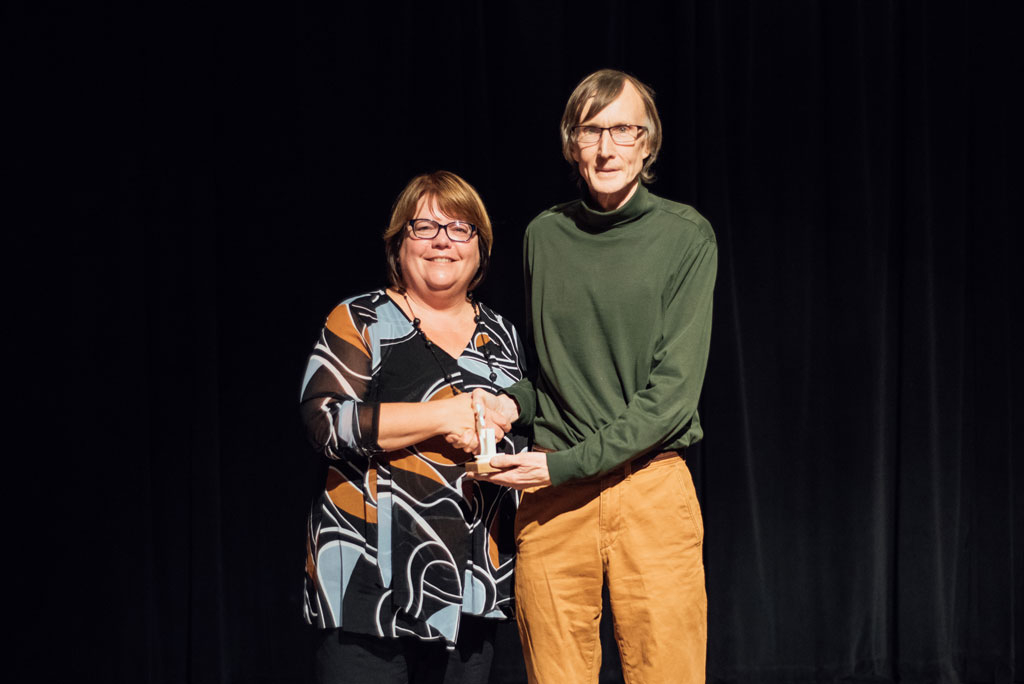