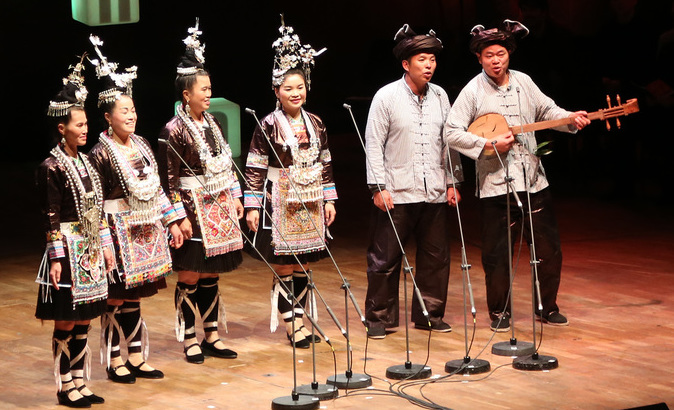 Living in the mountainous areas of Southwestern China, the Dong (Kam) people have developed a unique culture in which music plays a central part. Without a traditional written language of their own, the Dong people transmit much of their history, culture, and knowledge through songs, especially the Grand Song, a unique polyphonic a cappella that was proclaimed by UNESCO as a masterpiece of Intangible Cultural Heritage of Humanity in 2009. Hosted by ethnomusicologist Mu Qian and performed by the Yandong Grand Singers, this workshop/demonstration will showcase Dong songs and their contexts, such as courting songs performed as part of young people’s social events. The musicians will also teach participants to sing songs like the Cicada Song, in which the singers imitate the flickering of cicadas’ wings with quick sextuplets. The event will be free and open to the public.