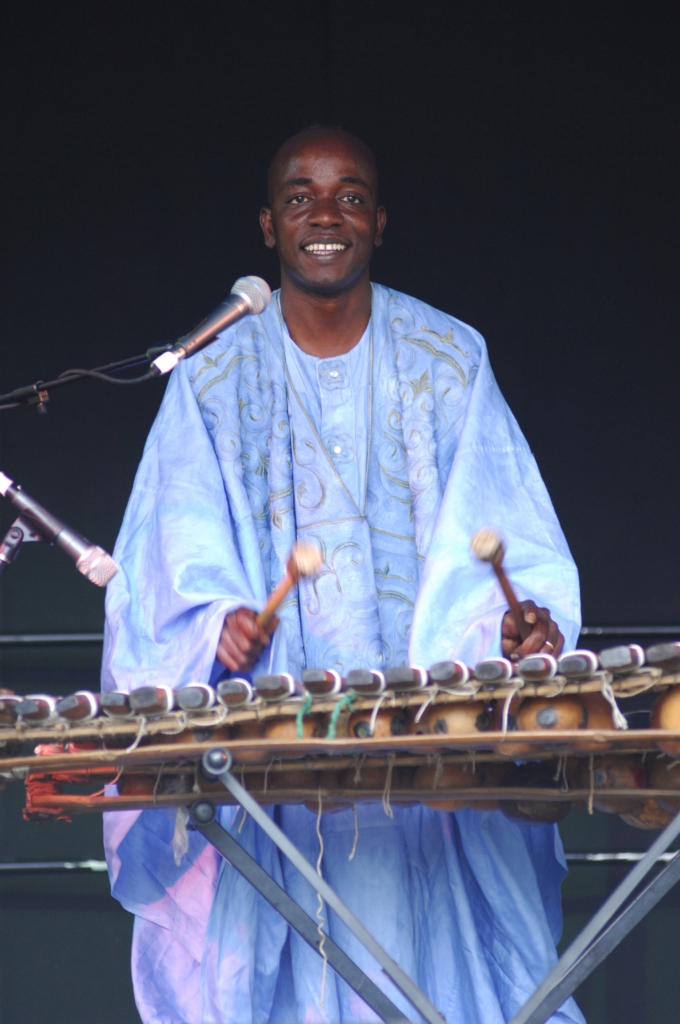 If you’ve been perusing the performer list on our website, you know that Balla Kouyaté will be playing at the 26th Lotus World Music & Arts Festival, as part of a duo, with Mamadou Diabate. What you may not know is that Balla has just been awarded a 2019 National Heritage Fellowship Award, an honor bestowed by the National Endowment for the Arts, to artists who have mastered a Folk/Traditional art.

A Balafon player from Mali, Balla was raised in the Djeli Tradition and came to the United States in 2001 to pursue a professional music career. A master of his craft, he has introduced new techniques into this Malian tradition, such as playing two differently pitched Balafons at once, allowing him to reach a full chromatic scale. Balla comes from a long lineage of Griots, a West African tradition of poets, musicians, and storytellers. He has been featured on over 45 albums! Some of Balla’s recordings reside in the Library of Congress, and he has played renowned venues such as Carnegie Hall and the Kennedy Center. Don’t miss Balla and Mamadou’s sets at the 2019 Festival!