The Foundation’s flagship program is the Lotus World Music & Arts Festival.  Established in 1994, the Festival is one of the oldest world music festivals in the U.S. and the only festival of its kind in the state of Indiana.  Now entering its 25th anniversary year, it attracts more than 12,000 people to downtown Bloomington annually each fall, for 4-5 days of music and arts from around the globe.  Through the Festival, Lotus creates  – on a grand scale – the rare opportunity for audiences to experience places far removed from their everyday routines and to broaden their worldview through the arts. 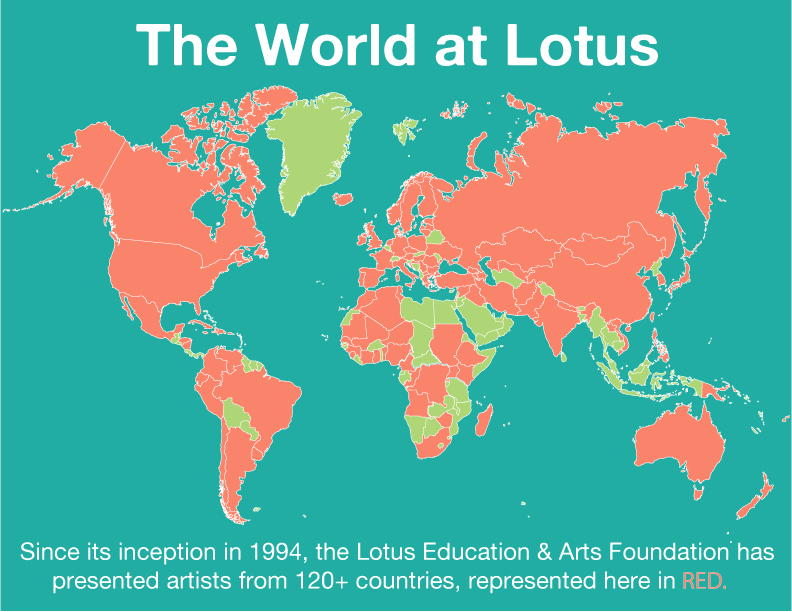