A Remembrance of Mike Wilkerson and Paul Sturm

A Remembrance of Mike Wilkerson and Paul Sturm 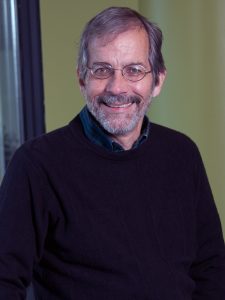 Mike was a gifted arts administrator and teacher, and a tireless, articulate advocate for the arts in Bloomington and beyond. He was on the Lotus Education & Arts Foundation board of directors at a crucial period in our history, and his gifts as a strategic thinker helped immeasurably as the Lotus board began to mentor the Buskirk-Chumley Theater nonprofit in its early days.

Mike was also on hand as the board reshaped the Lotus mission statement into its current incarnation. At the same time, Mike was keenly aware of what it means to work for a small(ish) arts nonprofit; he frequently offered words of understanding and support to Lotus’s tiny staff at just the right time.

Some of us vividly remember the 2011 Lotus World Music & Arts Festival, which took place less than two weeks after the events of 9/11. As the board and staff grappled with the question of whether to cancel that festival, Mike argued eloquently for the value of community celebration in dark times, and in favor of embracing international music, culture, and arts in those fearful, sad days.

Paul Sturm — a musician, composer, advocate for the arts, and force of nature — was an unofficial Lotus ambassador who volunteered for the festival in various ways, mostly off the books, for a decade. Paul’s boundless energy buoyed the staff, and during the festival, he seemed to be everywhere at once, always seeking out volunteers and staff to give hugs and high-fives and share the exhilaration of the glorious music and community vibe. Paul even helped manage a parade or two. 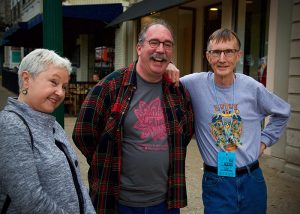 Most of all, Paul was a savvy, brilliant, good-humored guide to anyone who wanted to get a handle on the Lotus Festival; for many years, he wrote the Ryder Magazine’s annual Lotus preview, in which he worked through the artist roster — and talked about what made the festival more than a just a big party. He broke down what it truly means to come together on the streets of our Midwestern city in a few nights of goodwill and joy. Paul gleefully embraced the new and the strange, and encouraged festival attendees to do the same, to take risks and explore new experiences in our boundary-busting, arts-and-culture free-for-all. Writing the preview was a labor of love, a mission, and a passion for Paul, and it was a must-read for anyone who loves Lotus.

Mike and Paul were cherished members of the Lotus family. As we mourn this dual loss, we also celebrate what they have given to Lotus and to the Bloomington community. We’re grateful to have known them.