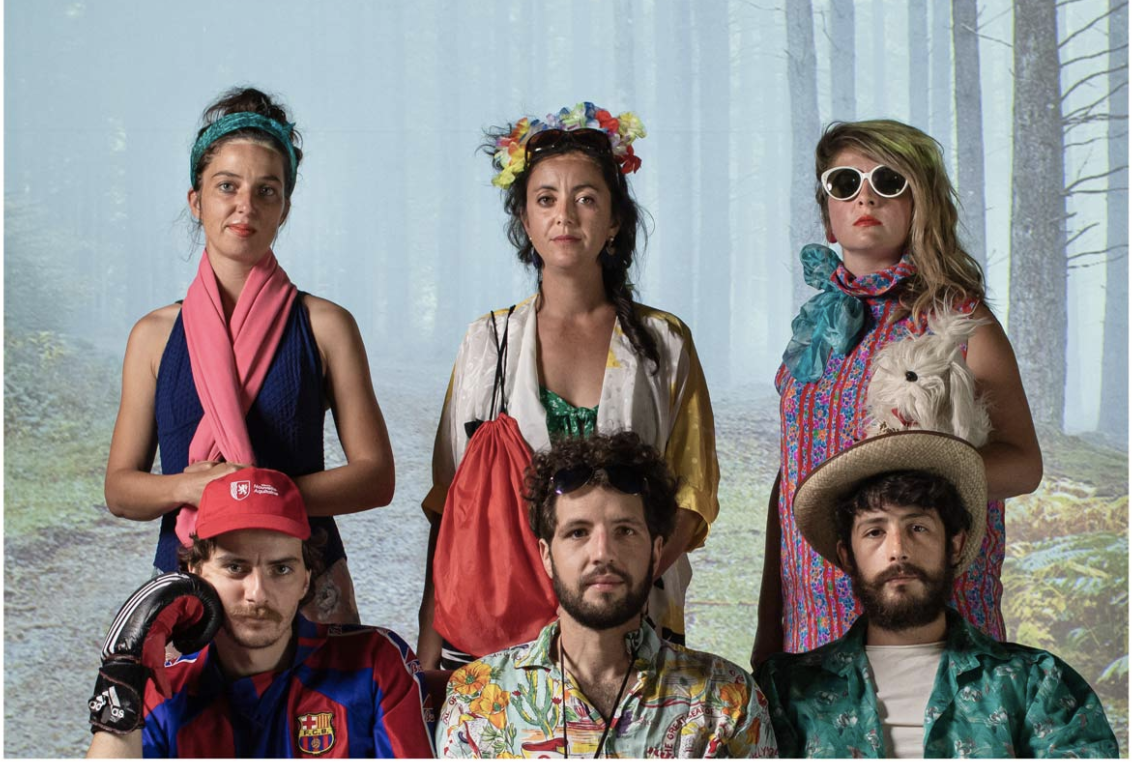 When San Salvador perform, its six members stand four in a line, the other two facing in at the sides, as if at a family meal, with places open to invite the audience in. The band are Occitan speakers (“In France,” says bandleader Gabriel Durif ruefully, “no one can understand us either”) from the small village of Saint-Salvadour in the Massif Central. The music is produced by six voices, two drums, one tambourine and 12 hands, clapping explosively. The vocal lines interweave like parallel conversations as the clapping and drumming factorise into algebraic polyrhythms. – David Honigmann for Financial Times