Cure your spring fever with sounds from the Dominican!

The DREAM Project’s Bachata Academy is the first and only program dedicated to bachata. Students in the DREAM Bachata Academy are taught by faculty musician Martires De Leon, considered the “gold standard” in Bachata music. As the Dominican Republic’s leading bachata guitarist and arranger, Martires brings to the Bachata Academy a profound understanding of bachata’s tradition and its evolution over the last four decades. He has recorded with nearly every bachatero of note since the 1990s. Martires was a founding member of the band Monchy y Alexandra, with whom he has toured the world, including several headline performances in Madison Square Garden. His arrangements have earned awards from Billboard, the Dominican Republic’s Cassandras, and a Grammy nomination.

Martires is central to the Bachata Academy’s project to formalize the teaching of bachata, and to expand the horizons of future practitioners of the genre.  Considered one of the Dominican Republic’s most important cultural exports, bachata has long been considered a music of the barrios. Once censored, bachata is now a staple of dance halls and on Latin radio across the globe. The Academy acts as an intensive language training program for music with curriculum that encourages students to both listen to and express themselves through music by emphasizing improvisation, group playing, and ear training. The Academy’s goal is to mentor, nurture, and prepare a new generation of bachateros and bachateras to become international artists who act as ambassadors of the Dominican Republic’s musical culture and beyond.

The DREAM Bachata Academy helps to kick off the Lotus Spring Season beginning with a free event co-starring another spring artist: Big Tent Multimedia: RePLAY. By using immersive 360º technology in an audio/visual installation, Big Tent creates a communal environment that often offers the opportunity for sightseers to engage with the installation. DREAM Bachata Academy performs within the Big Tent immediately following an exclusive preview of the documentary “Bachata,” which features students of the Academy, and begins at 7:30 p.m. on Tuesday, March 5. The Big Tent is located inside the Indiana Memorial Union in Alumni Hall.

On Wednesday, March 6, DREAM Bachata Academy will perform at noon in the lobby of Eskenazi Hospital in Indianapolis. In the evening of March 6, DREAM Bachata Academy will perform immediately after a bachata dance workshop/demonstration led by Ritmos Latinos beginning at 7:00 p.m. Free and open to the public, both the workshop and performance take place in the newly renovated Lotus Firebay venue, located at 105 S. Rogers Street.

The sound of bachata warms the hearts of students at Eastern Greene Elementary School. 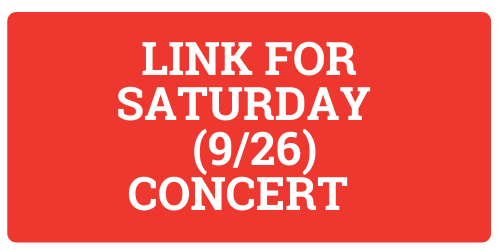